{ life without a fridge }

This may sound like no big deal, but John and I finally have a refrigerator! And it only took two weeks for it to arrive only to have a huge dent on its side, so another two days for it to arrive and settle in its new home. We probably could have timed it better to have had the fridge right when we moved in, but it took me some time to research and find the right one for us.

Not having a fridge means no cooking. Nowhere to put the leftovers! So we took advantage of ordering delivery or going out to eat. Our only two options for delivery is pizza or Thai food, but really good pizza and Thai food! It's been fun checking out the restaurants in our area too. We're close to Torrance where there are a lot of Japanese restaurants. We've had ramen, Izakaya, and we've shopped at Mitsuwa for non-refrigerated groceries, and by groceries I mean instant ramen. 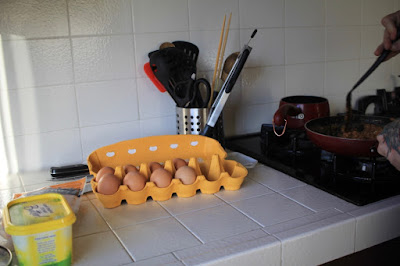 I am so happy to have a refrigerator. Our place felt very incomplete without it. I was also getting tired of eating peanut butter sandwiches and drinking room temperature water. The first time I used our stove was to make instant ramen. I felt like a sad poor college freshman. But not anymore! Yesterday John made us eggs with chorizo for breakfast. Nothing too crazy, but we're slowly building our kitchen back to where it needs to be. Our fridge is very empty, but we've got the important things like, eggs, butter, cheese, beer, wine, and fudge mint Oreos in the freezer. It'll be hard to fill the fridge considering our last fridge was practically a mini fridge with a milk crate sized freezer.

It'll take me some time to get used to cooking in a new kitchen. I'm still trying to figure out where I want to store our things. Once we're more settled in and get a dining table, we can have guests over for fancy dinner! By fancy I just mean I will cook and there will be wine.

{ making an apartment into a home }

When John and I moved to Berlin we had five suitcases between the both of us, two of them were the extra large ones, and all of them were filled with clothes and shoes with the exception of some books and framed photos.

When we moved back to California we were able to sell what little furniture we had accumulated to John's coworker, so we were able to come back with the same five suitcases filled with pretty much the same stuff.

The day we moved to San Pedro, there wasn't much to pack, but there was plenty to move! All of our things were in storage while we were in Berlin. I didn't remember what was in there except a bed...I knew we had that. I also thought we had a bed frame, but John reminded me we threw it away when we moved out of our apartment in Venice Beach to live with the Prindles six months before we moved to Berlin. Everything else in storage were boxes labeled with things like books (what kind of books??), photos (which photos?!), and appliances. I was confident I remembered which appliances I had. But three years to keep things stored makes for Christmas morning when opening them again. Or so I thought. I made a video for Amalie and Wendy in Berlin of me opening one of the boxes labeled kitchen, and it ended up being boring. Except I did get excited when I found a wok I did not know we had!

During the first few days of unpacking John and I had to open all our boxes and filter out what we wanted to keep. Some things were easy to unpack like the kitchen and the office. Everything else is stored in the spare bedroom until we get more organized everywhere else. 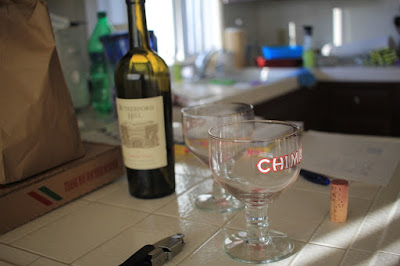 This morning John and I were taking photos of our apartment because the lighting is really great early in the day, and I took this photo as a test shot. As I uploaded this photo, I thought two things; 1.We need actual wine glasses, and 2. I HAVE WINE GLASSES! I just remembered there was a box in the spare room with two wine glasses that were given to us at my bridal shower. 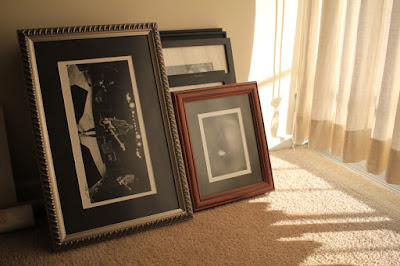 I was really happy to rediscover all the photos we have that we didn't take with us to Berlin. Right now they are off to the side until we get more furniture, and then we can decide where on the wall we want them to go. 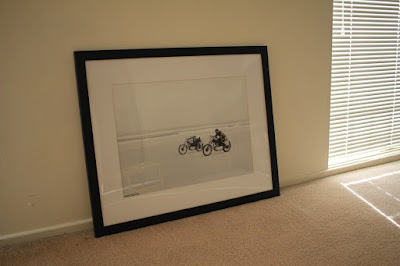 On the day we moved in, I grabbed this frame from my car and placed it against the wall out of the way of everything else we were bringing in. Now John and I can't picture it going anywhere else in the apartment. Not on the ground though...we'll eventually hang it up. 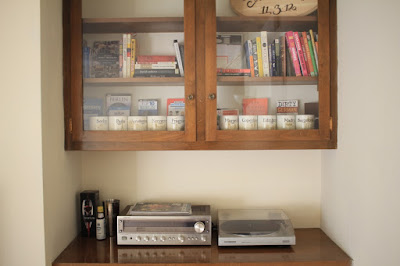 I love having this built-in. All the mugs we collected during our travels are all displayed along with our travel books behind. The rest are our fiction books and cookbooks. I also want to use this area as a bar, but for now it's where we'll store our record player until we can find the cords and the speakers... 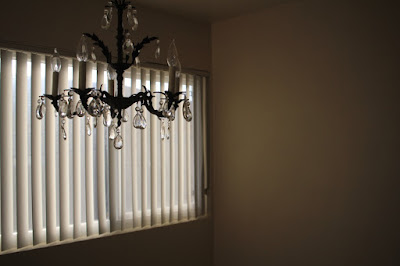 Another thing I look forward to is furnishing the dining area. It's connected to the kitchen, and I want it to be a space our friends & family can hang out and be comfortable. 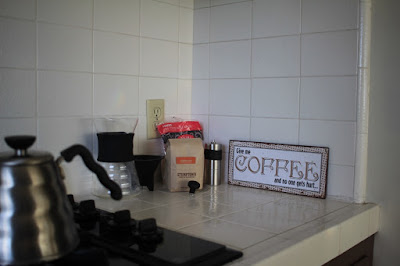 I love that we have a coffee corner. Although our kitchen was the first thing I cleaned and unpacked, it's not finished. We still do not have a refrigerator, and the only things I have in our cupboard are peanut butter, bread, and some seasonings. I feel so incomplete that our kitchen isn't filled. One of the things I look forward to is cooking, but I can't do that yet. YET.

It feels good to have found a place we can slowly make our home, and I'm looking forward to writing more about our new neighborhood and being closer to friends & family.
xoxo,
The Prindles.
Written by Wendy Prindle on Wednesday, October 21, 2015 No comments:

John and I have just returned from Northern California spending the weekend with his family. We had been looking forward to this trip for quite some time when John's uncle, Woody, and his fiancée, Lynda, announced they were going to get married in Napa. Last May we were with the Prindle family in the South of France for cousin Shannon & Guillaume's wedding, so another wine filled wedding weekend was something to look forward to!

Our plan was to drive up Thursday to have dinner with my family in San Jose, and leave Friday to Vacaville after lunch. John's family had arrived Thursday night. We stayed in a beautiful two home rental with his parents, his brother, his grandparents, and his great-aunt who had arrived in Sacramento Friday night from Memphis. 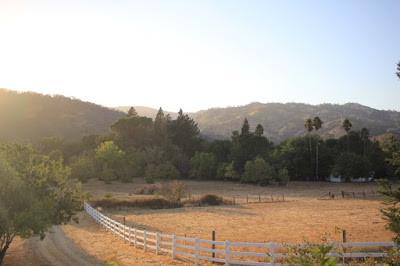 This was our view from the deck. 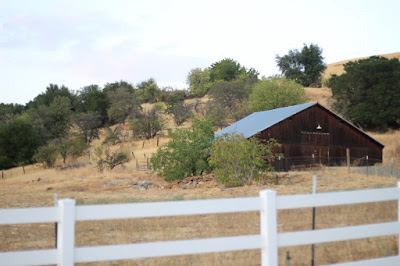 Just off to the side 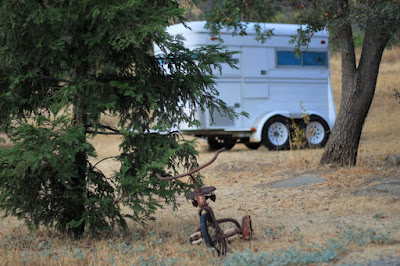 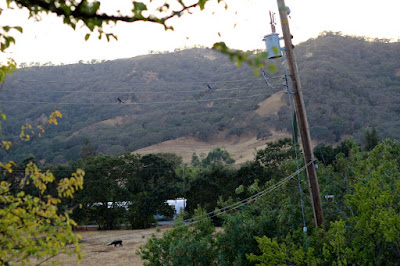 Alpacas on the property. 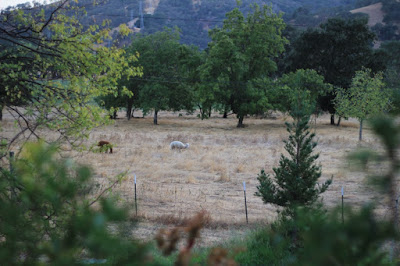 What I love about family weddings, especially if everyone has to travel to the destination, is turning a one day event into a few days of quality family time. John's grandparents live in Florida, so we see them about once a year. This was my first time meeting Aunt Susie, John's great-aunt.

Before John and his dad went to the airport to pick up Aunt Susie Friday night, there was a pizza party rehearsal dinner at Lynda's aunt's house, also a Wendy because two isn't enough. Her house would be the venue for the wedding the next day. When we arrived we could see they were still doing some finishing touches to the yard and the deck, but we knew it was going to be a beautiful setting for a wedding.

We had such a great time. It was an intimate wedding with family and a few of their close friends. There were plenty of wine & booze, and delicious food, the ceremony was short, but very sweet, and the evening ended perfectly with delicious cake and strangers becoming friends over great music (and more wine!).

So congratulations to Uncle Woody & Aunt Lynda! Thank you so much for letting us be a part of your special day! 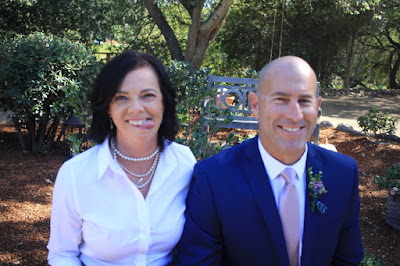 silly, but blurry, photo of the happy couple 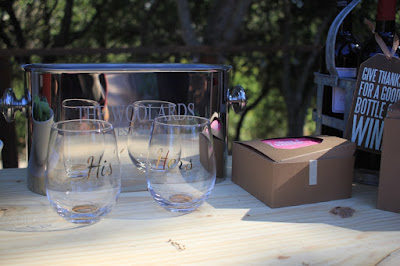 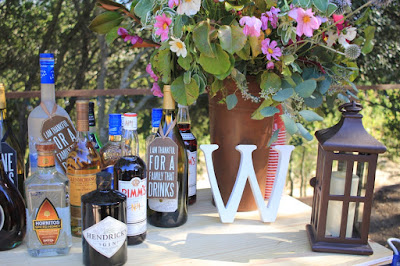 "I am thankful for a family that drinks." 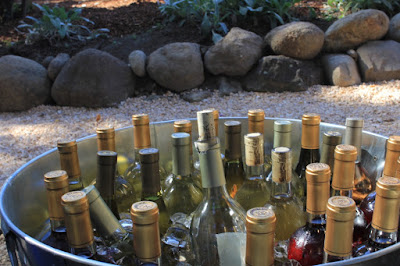 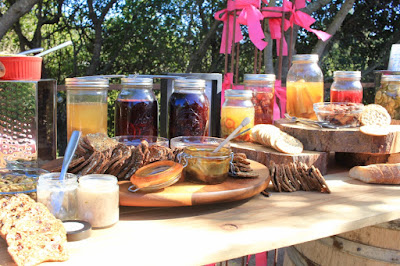 Duck rillette & baguette. Pretty sure I was the only one eating the rillette. 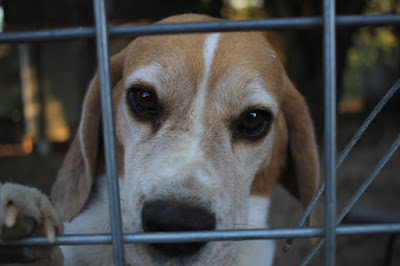 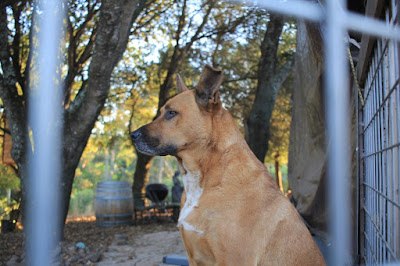 And this is Jake. 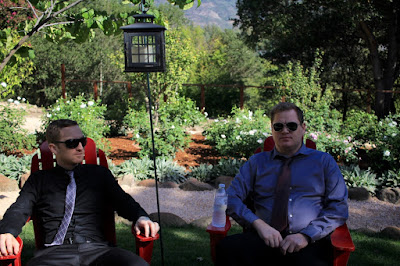 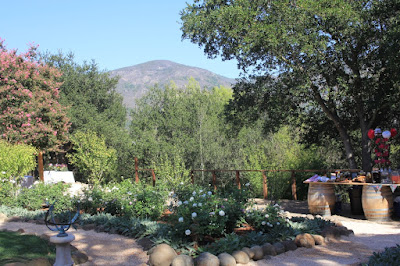 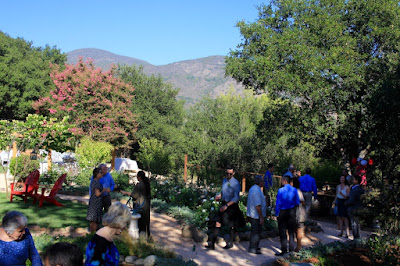 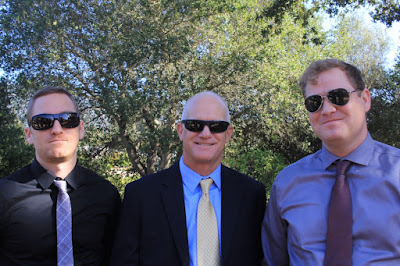 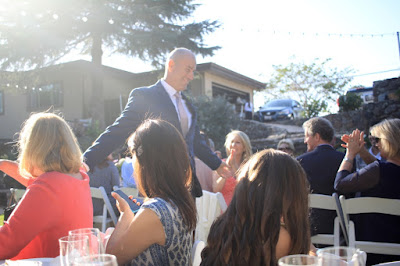 High fives before the ceremony. 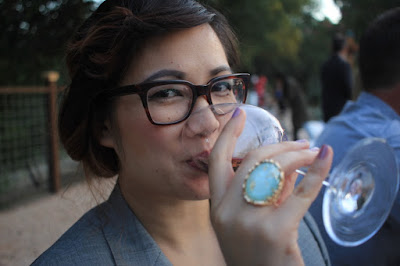 I had my fill of delicious foods & lots of wine! 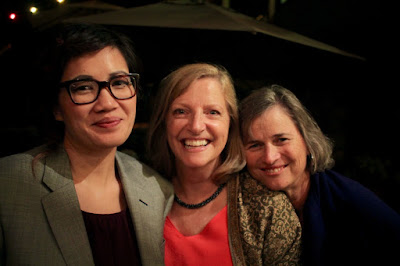 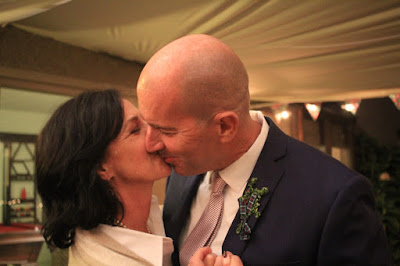 End of the night.
Written by Wendy Prindle on Tuesday, October 06, 2015 No comments:

back in los angeles

After being married for two months, we moved to Berlin for 2 1/2 years. Now we are back in Los Angeles adjusting to the American life while starting a new chapter in our lives.

say hi to my friends!